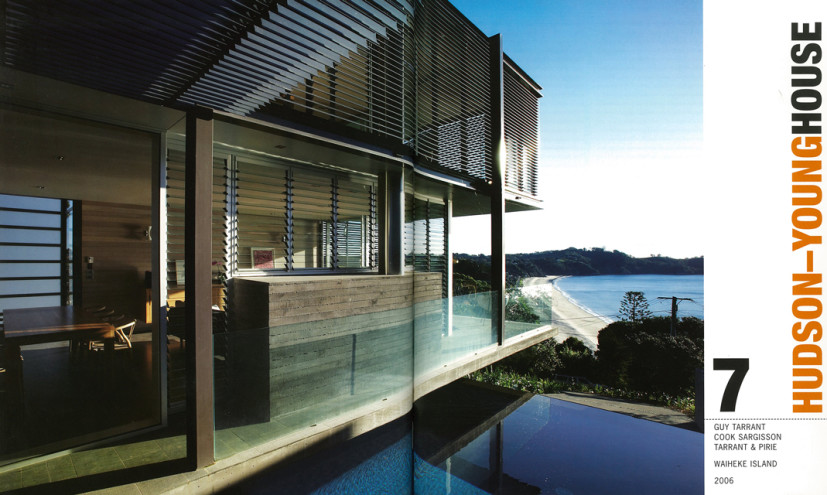 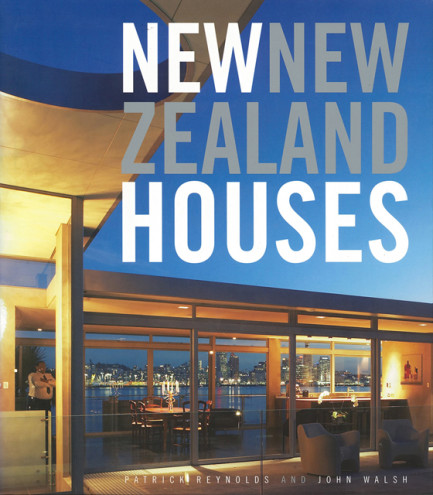 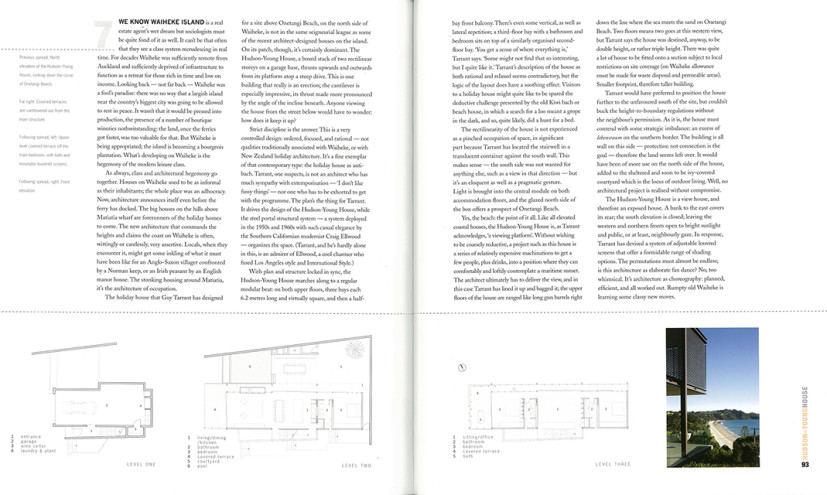 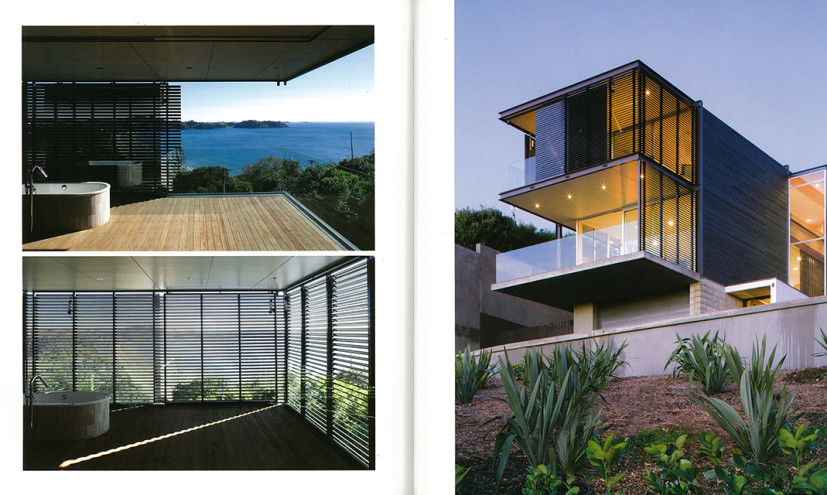 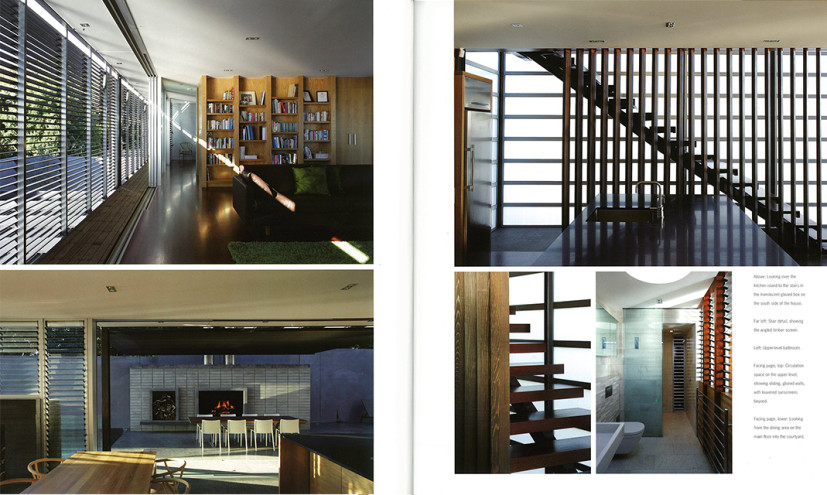 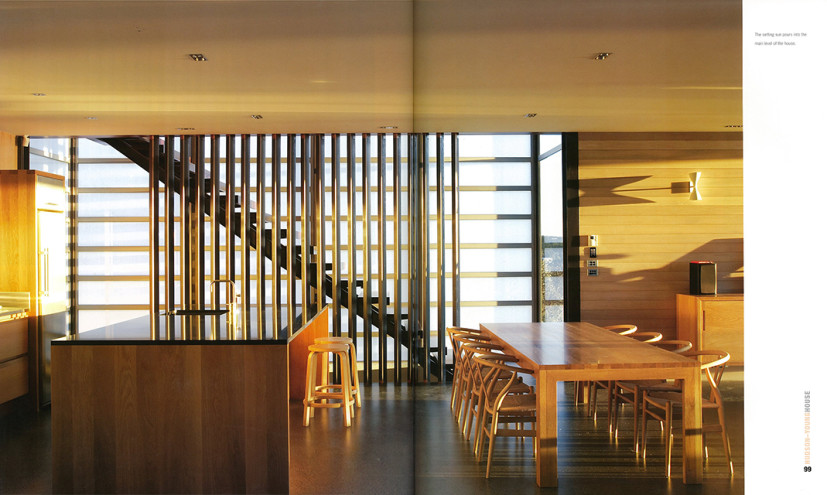 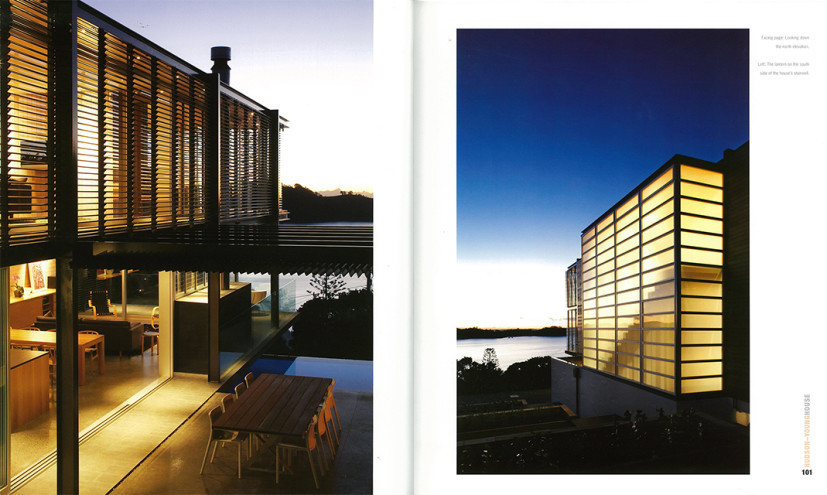 WE KNOW WAIHEKE ISLAND is a real estate agent’s wet dream but sociologists must be quite fond of it as well. It can’t be that often that they see a class system recrudescing in real time. For decades Waiheke was sufficiently remote from elevation of the Hudson-Young Auckland and sufficiently deprived of infrastructure to House, looking down the curve function as a retreat for those rich in time and low on income. Looking back – not far back – Waiheke was a fool’s paradise: there was no way that a largish island near the country’s biggest city was going to be allowed to rest in peace. It wasn’t that it would be pressed into production, the presence of a number of boutique wineries notwithstanding: the land, once the ferries got faster, was too valuable for that. But Waiheke is being appropriated; the island is becoming a bourgeois plantation. What ‘s developing on Waiheke is the hegemony of the modern leisure class.

As always, class and architectural hegemony go together. Houses on Waiheke used to be as informal as their inhabitants; the whole place was an adhocracy. Now, architecture announces itself even before the ferry has docked. The big houses on the hills above Matiatia wharf are forerunners of the holiday homes to come .The new architecture that commands the heights an d claims the coast on Waiheke is often, wittingly or carelessly, very assertive. Locals, when they encounter it, might get some inkling of what it must have been like for an Anglo-Saxon villager confronted by a Norman keep, or an Irish peasant by an English manor house. T he stonking housing around Matiaria, it ‘s the architecture of occupation.

The holiday house that Guy Tarrant has designed for a site above Onetangi Beach, on the north side of Waiheke, is not in the same seigneurial league as some
of the recent architect-designed houses on the island. On its patch, though, it ‘s certainly dominant. The Hudson-Young House, a boxed stack of two rectilinear storeys on a garage base, thrusts upwards and outwards from its platform atop a steep drive. This is one building that really is an erection; the cantilever is especially impressive, its thrust made more pronounced by the angle of the incline beneath. Anyone viewing the house from the street below would have to wonder: how does it keep it up?

Strict discipline is the answer. This is a very controlled design: ordered, focused, and rational – not qualities traditionally associated with Waiheke, or with New Zealand holiday architecture. It’s a fine exemplar of that contemporary type: the holiday house as anti bach. Tarrant, one suspects, is not an architect who has much sympathy with extemporisation – ‘I don’t like fussy thin gs’ – nor one who has to be exhorted to get with the programme.The plan’s the thing for Tarrant. It drives the design of the Hudson-Young House, while the steel portal structural system – a system deployed in the 1950s and 1960s with such casual elegance by
the Southern Californian modernist Craig Ellwood – organizes the space. (Tarrant, and he’s hardly alone in this, is an admirer of Ellwood, a cool charmer who fused Los Angeles style and International Style.)

With plan and structure locked in sync, the Hudson-Young House marches along to a regular modular beat: on both upper floors, three bays each 6.2 metres long and virtually square, and then a half-bay front balcony.There’s even some vertical, as well as lateral repetition; a third-floor bay wit h a bathroom and bedroom sits on top of a similarly organised second floor bay. ‘You get a sense of where everything is,’ Tarrant says. ‘Some might not find that so interesting, but I quite like it.’ Tarrant’s description of the house as both rational and relaxed seems contradictory, but the logic of the layout does have a soothing effect. Visitors to a holiday house might quite like to be spared the deductive challenge presented by the old Kiwi bach or beach house, in which a search for a loo meant a grope in the dark, and so, quite likely, did a hunt for a bed.

The rectilinearity of the house is not experienced as a pinched occupation of space, in significant part because Tarrant has located the stairwell in a translucent container against the south wall. This makes sense – the south side was not wanted for anything else, such as a view in that direction – but it’s an eloquent as well as a pragmatic gesture. Light is brought into the central module on both accommodation floors, and the glazed north side of the box offers a prospect of Onetangi Beach.

Yes, the beach: the point of it all. Like all elevated coastal houses, the Hudson-Young House is, as Tarrant acknowledges, ‘a viewing platform’. Without wishing to be coarsely reductive, a project such as this house is
a series of relatively expensive machinations to get a few people, plus drinks, into a position where they can comfortably and loftily contemplate a maritime sunset. The architect ultimately has to deliver the view, and in this case Tarrant has lined it up and bagged it; the upper floors of the house are ranged like long gun barrels right down the line where the sea meets the sand on Onetangi Beach. Two floors means two goes at this western view, but Tarrant says the house was destined, anyway, to be double height, or rather triple height.There was quite a lot of house to be fitted onto a section subject to local restrictions on site coverage (on Waiheke allowance must be made for waste disposal and permeable areas). Smaller foot print, therefore taller building.

Tarrant would have preferred to position the house further to the unfavoured south of the site, but couldn’t buck the height-to-boundary regulations without the neighbour’s permission. As it is, the house must contend with some strategic imbalance: an excess of lebensraum on the southern border. The building is all wall on this side – protection not connection is the goal – therefore the land seems left over. It would have been of more use on the north side of the house, added to the sheltered and soon to be ivy-covered courtyard which is the locus of outdoor living. Well, no architectural project is realised without compromise.

The Hudson-Young House is a view house, and therefore an exposed house. A bank to the east covers its rear; the south elevation is closed; leaving the western and northern fronts open to bright sunlight and public, or at least, neighbourly gaze. In response, Tarrant has devised a system of adjustable louvred screens that offer a formidable range of shading options. The permutation s must almost be endless; is this architecture as elaborate fan dance? No, too whimsical. It’s architecture as choreography: planned, efficient, and all worked out. Rumpty old Waiheke is learning some classy new moves.